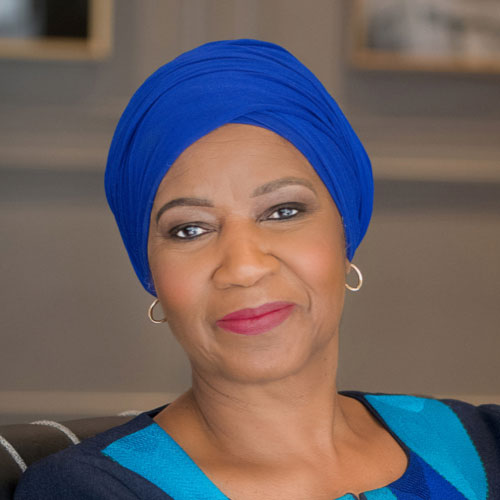 Sworn into office August 19, 2013, Phumzile Mlambo-Ngcuka is the United Nations Under-Secretary-General and Executive Director of UN Women. She has devoted her career to human rights, poverty, social justice, education, women’s rights and empowerment, and gender equality. She was also active in the struggle to end apartheid in her home country of South Africa.

Prior to her appointment to the UN, Ms. Mlambo-Ngcuka served as Deputy President of South Africa. She also served as Minister of Minerals and Energy, Deputy Minister in the Department of Trade and Industry and a Member of Parliament as part of South Africa’s first democratic government. She began her career as a teacher and gained international experience as a coordinator at the World YWCA in Geneva, where she established a global program for young women. She is the founder of the Umlambo Foundation, which supports leadership and education. She completed her PhD on education and technology at the University of Warwick, United Kingdom.