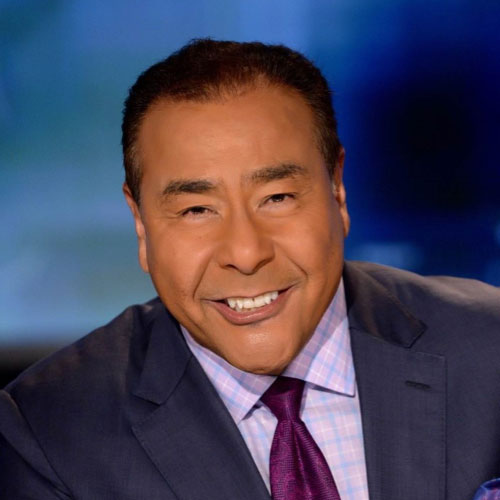 John Quiñones is the anchor of "What Would You Do?," one of the highest-rated newsmagazine franchises of recent years. During his 35-year tenure at ABC News, he has reported extensively for all programs and platforms and served as anchor of "Primetime." He joined ABC News in June 1982 as a general assignment correspondent based in Miami, providing reports for "World News Tonight with Peter Jennings" and other ABC News broadcasts. Prior to joining ABC News, he was a reporter with WBBM-TV in Chicago.

He has received numerous accolades throughout his career. He received an ALMA Award from the National Council of La Raza. He also contributed reports to ABC News' unprecedented 24-hour, live, global Millennium broadcast, which won the George Foster Peabody Award. He earned seven national Emmy Awards for his "Primetime Live," "Burning Questions" and "20/20" work and a Gabriel Award for a poignant report that followed a young man to Colombia as he made an emotional journey to reunite with his birth mother after two decades.

John Quiñones received a bachelor of arts in speech communications from St. Mary's University, San Antonio, Texas. He received a master's from the Columbia School of Journalism. He also received an Honorary Doctorate of Humane Letters from Utah Valley University and a Doctor of Letters degree from Davis & Elkins College.