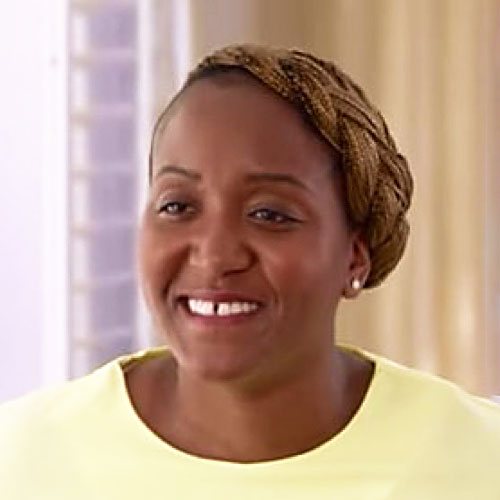 Ayanna Benjamin was living on the streets when she was only 15 and in a relationship with a man who became the father of her first daughter. Ayanna became financially dependent on him. She needed him to give her enough money to get to and from work, school and appointments. She worked part-time, but it was not enough to support herself and her daughter. She was also going to college. Sometimes she could not go to class, because her partner withheld money from her when she acted strong or assertive. Ayanna eventually left. At 27, she met her second child’s father who was verbally abusive to her. He abandoned her when she was just five months pregnant.

Now, Ayanna is independent, a college graduate and an employed mother of two daughters. With the help of the Urban Resource Institute, she learned to safely heal from her emotionally, physically, and financially abusive past.

Ayanna’s advice for women: “... My key takeaway is be honest with yourself, love yourself, be happy with what you have and do right by your children, and you will live an amazing life. Make saving your money and educating yourself about money a top priority. Learn how to make it grow, so you can be financially successful.”